The silent boundaries of business models

Business models are a well-known concept - see business plan↗ enW. A business model is a vital part of a strategy.

The business model is influenced by the company's external analysis, and what values it intends to bring to its potential customers, how to make money and more. A business model is often a document that claims to be rational, well thought out, has tables and figures, and is usually written down.

In reality, the business model is surrounded by the politically and practically possible. I name these "silent boundaries" and they are usually less clear, and often informal in nature. They are almost never written down. 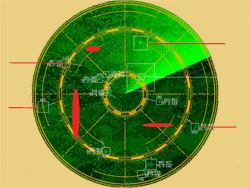 It is important to be observant and systematise the weak signals that indicate severe problems long before the crisis becomes widely discussed and public.

Technological changes are a well-known example of external factors that puts a business in a situation where a new business model is needed. The digitalisation of mainly analogue products and processes are examples of this. Another example is the dramatic, to say the least, cost reduction for digital data storage.

The examples mentioned above put manufacturers of typewriters, printing presses, newspapers, fax machines, telephones, and many others in a strategically radically new situation. Awareness of these transformational trends varied heavily and so also corporate executives capability of handling the situation. Read more about mental maps ...

In the feel-good movie 'You've Got Mail' (1998) Meg Ryan owns a small bookstore, but suddenly gets a large national bookstore a few blocks away. Tom Hanks plays the role of her competitors boss. She struggles, but is forced to close her shop. The book chain Borders↗ enW had more than 500 US stores, six in New York, but couldn't survive the competition from Amazon↗, and went bankrupt in 2011. The management had not realised that they were in a strategically new situation, and what that meant. Among other mistakes, they entrusted Amazon.com to run their online store.

Andrew Grove↗ enW was CEO of the world's largest semiconductor company Intel 1987-1998, and wrote a book called 'Only the Paranoid Survive'↗. It contains several sentences↗ pointing to an awareness that any day new technologies and players may threaten your business.

Later Intel executives probably did not read his book carefully enough. The company is considered by many to have missed the coming of the explosive market for mobile devices. The company Arm↗, which, incidentally, does not have its own factories, has in recent years emerged as a significant developer and supplier in the semiconductor industry. The picture is a smart thermostat from Nest↗.

Within Kodak↗ enW Kodak, there was early insights, products, and skills that digitalisation of the photo industry would radically affect the company's current business model. However, the company did not manage the transformation and went bankrupt in January 2012 (Chapter 11 proceedings in the US). Today, Kodak has left the consumer industry and is active, among other things, in digital printing and industrial imaging systems.

It is a dramatic leap from selling a camera that would be in each man's pocket to selling a digital printing press that spits out a finished novel of 260 pages in 2 seconds.

One can certainly argue that Kodak had a wrong business model, and did not realise in time that they had to change it radically. However, an organisation is not homogeneous, and although Kodak was one of the pioneers in digital cameras, it was not able to "update" its business model. A possible explanation can be sought in what I call the Silent Business Map. There were a number of informal rules, preconceived opinions, personal issues, and more that prevented the necessary changes.

Strategic decisions are not suddenly taken, they emerge slowly

Strategic decisions emerge slowly, and when the time is ripe they are made, published, and start the implementation journey.

The most important thing is not to make the optimal decision, but to avoid the completely wrong decisions. Management's mistakes are always the most expensive. It requires attention and knowledge to realise that you are in a new situation and that you only have a certain amount of time to formulate and implement new directions.